Blog - Latest News
You are here: Home / Asylum, migration and borders / Free distribution operation of meals to migrants in very precarious camps...
Imprimer
A- A A+

Objective :  To promote assistance to migrant people, living in tents or in very precarious conditions, in significant material and moral difficulty, by providing for free meals, moral and human support.

Location of the action : CALAIS, PAS-DE-CALAIS (62), FRANCE. In a few years, the City of CALAIS has become a significant international migration platform. A team of volunteers of the European Observatory for non-discrimination and fundamental rights has distributed free meals in 2 very precarious camps of CALAIS.

May 14 and May 15 2015 : Many free provisions of meals, with moral and human support, to some 100 migrants of Chadian, Sudanese, afghan and Eritrean nationality, especially in the “Fort Galloo” Camp – a squat where it is very difficult to get in.

Field for intervention targeted by the European Agency for Fundamental Rights : Asylum, migrations and borders.

Some 20.5 million non-EU nationals were living in the EU in 2011, which represents about 4 percent of the entire population. To compare with this figure, 250,000 to 300,000 people on average apply for asylum in the EU each year (learn more : http://fra.europa.eu/en/theme/asylum-migration-borders).

There is  an urgent need  to create human and social solidarity with migrants, and encourage a civic and social responsibility to promote and respect their rights in the European Union.

Arrival of our Team of volunteers in Fort Galloo, a squat in CALAIS, FRANCE

Arrival of our Team of volunteers in a squat in CALAIS, FRANCE 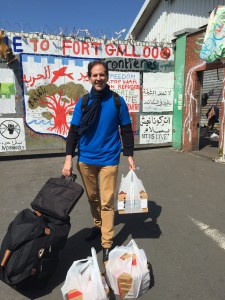 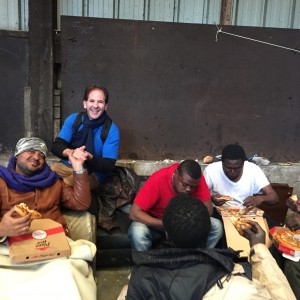 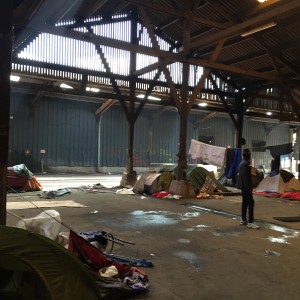 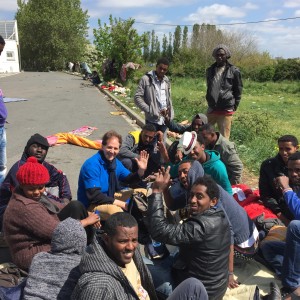 Joy of Eritreans persons to share bread and cakes

Solidarity: we have all a role to play!

You can help us to combat extreme poverty, social exclusion and all forms of discrimination:

Distribution of meals to the most deprived, human and material help, listening for the most excluded: without you, these actions would not be possible.