January 2016 : Supporting the actions of the Association «Le Refuge» in RENNES (BRETAGNE, FRANCE), by implementing an emergency accommodation for a homeless young adult, rejected by his parents because of the revelation of his sexual orientation. 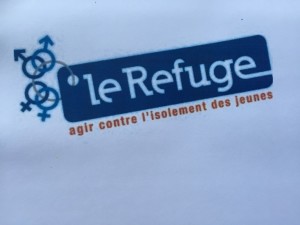